Can Heavy Drinking Hurt Your Gums? 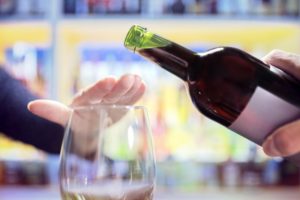 If you’re being careful about protecting your health, then you’re probably already aware of the various consequences of heavy drinking over the long term, including an increased risk of cancer, high blood pressure, a weaker immune system, and mental health issues such as depression. What you may not realize, though, is that alcohol can also have an unhealthy effect on your smile; you could ultimately end up suffering from potentially severe gum disease in Belmont. To protect your oral health, it’s important to learn more about what those frequent sips of wine could be doing to your mouth.

What is the Link Between Gum Disease and Alcohol?

In 2018, HealthDay news reported a study of about 1,044 American adults that compared the presence of bacteria in the mouths of heavy drinkers with those of nondrinkers. It was found that those who consumed alcohol more often tended to have a higher level of bad bacteria, including those that have been linked to gum disease. Heavy drinkers also tended to have less of the beneficial bacteria that help prevent illness.

It should be noted that due to the various factors that can affect oral health – including diet, tooth brushing, and regular dental care – the study does not definitively prove that alcohol alone is responsible for such changes in the mouth. That said, it is true that people who drink a lot tend to also be at a higher risk for gum disease in general. One possible reason is that alcohol makes it harder for the immune system to fend off bacteria, which in turn increases the risk of a gum infection.

How Can You Prevent Gum Disease?

While gum disease is an extremely common condition, it’s also completely preventable. One precaution you can take is to cut down on your alcohol intake. You don’t have to give up drinking altogether, but practicing moderation can go a long way towards maintaining a healthier mouth. Be sure to also follow these steps for protecting your gums:

It never pays to take chances with your oral health. If you’re drinking excessively or have any other bad habits that could lead to gum disease, it’s important for you to recognize them for what they are as soon as possible so that you can take appropriate action in protecting your smile.

Dr. Alexander Schrott is a highly trained specialist who earned his certificate in Periodontology in 2007 at the Harvard School of Dental Medicine. He is an active member of the American Academy of Periodontology as well as the German Academy of Periodontology. He is highly skilled at identifying and comfortably treating gum disease. If you’re worried that years of excessive drinking or other poor health habits might have had an adverse effect on your gums, get in touch with Dr. Schrott through his website or by calling (617) 484-9240.

Comments Off on Can Heavy Drinking Hurt Your Gums?